A few of my fellow Tinderboxers and I have been toying with creating educational Tinderbox videos. 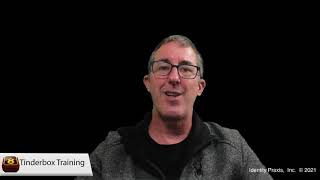 I have recorded a number of lessons and put them on YouTube. Here you go:

Call for videos, ideas, and interviewees: If you are aware of any other works/lessons that Tinderboxers have done, can you please send them my way (DM me at @satikusala. Also, I’d love to hear from you on your application of Tinderbox. If you have some to share, please send a message along with your ideas. If you’re open to doing a Tinderbox interview with me, please reach out, and lets me schedule one.

I’d like to give a huge thanks to all those that have helped me along my own Tinderbox journey, especially @mwra, @eastgate, @bmgphd, @sylvaticus, @TomD, @PaulWalters. To all, thank you.

If you like this format and have topics that you’d like us to record for you and the community, please email me your questions ee42patx@pocketgeekid.com and we’ll pull something together for you, or better yet you can simply make a comment on this post. Your feedback on how to make this better is welcome. I’ll update this post as we create new videos.

Thanks Michael - this is a great service to the Tinderbox community! I am confident many will watch these lessons (I write this after having watched one) and be encouraged to experiment with this great piece of software!

Thanks, I hope these will help folk get going.

Yes - that is absolutely outstanding

Great Job Michael! Well done. I like the quick vignette format covering practical specific topics. For me anyway, it integrates some topics I have been thinking about.
Keep it up.

Hi Richard, I may be able to help with this one. Can you be more specific on the workflow you’re trying to follow?

Hi Richard, I may be able to help with this one. Can you be more specific on the workflow you’re trying to follow?

Yes of course - thanks for any help you might suggest

I use Devonthink to curate PDFs and bookmarks for citations to the medical literature. I would like to use custom metadata in DT3 to curate that literature by various criteria, i.e. treatment works, treatment does not work, landmark study, etc. Then I want to take that information and import it to Tinderbox, partly for further analysis and mostly as a “report generator.” In Tinderbox, I would set up Agents and Stamps which would in part act on the custom metadata from DT3 and in part act on $Text from the abstracts in that data.

A well-known and respected participant on the DT3 forums suggested the following though he was limited in how much of his own code/scripting he could share due to his employer’s rules:

I suspect the ability to transfer custom metadata from DT3 to attributes in Tinderbox would thus help for my workflow but also may be applicable to many other users of both apps as well.

Got it, yes. I think I have just what you need. Give me a day or two to pull it together.

Great format of the videos keeping them bytesized and small . Please do keep them coming.

You might want to consider dividing the videos into Basics / Intermediate / Advance sections . This will allow newcomers(such as me) to go directly to relevant playlist.

Last Feedback
There’s a massive increase in difficulty ratio from Video 2 to Video 3 for a newbie.
Video 3 when you are typing the query , it’s very difficult to see the same in 480p format(which was the best available option) , it would help if you could “Zoom” that part.

Also SO many icons in your dock ! HOLY MOLY

You might want to consider dividing the videos into Basics / Intermediate / Advance sections .

There’s a massive increase in difficulty ratio from Video 2 to Video 3 for a newbie.

Totally agree, I’m going to [slowly] pull these together in between work. So, they’ll come in based on timing and inspiration (ideas from others will help with the prioritization).

Video 3 when you are typing the query , it’s very difficult to see the same in 480p format

Great point. I don’t have a lot of time for editing right now. Would love help with this, if someone is interested. In the meantime, I’ll put the code in the notes or just upload the file with the video.

Also SO many icons in your dock ! HOLY MOLY

You should see how many tabs I keep open.

Absolutely wonderful work Michael. Just watched the first video and even though I’ve used Tinderbox for many, many years on and off, I picked up some valuable ideas from just the first video

Tinderbox has added so much capability incrementally over the years that it’s useful to have a step back and see a comprehensive use of the current tools.

One note on the first video- At some point explain how you type the title and start inputting text without mousing around. The DoubleClick-Title-Return-Space-Text reflex has become completely automatic for me but took a while to figure out as the sequence.

Just added a video on prototypes. BTW, anyone have some thoughts on the best way to manage this? Should we create individual entries for each video so that they can be individually commented on, or do we maintain this master list? Thoughts?

I’ve generally generated web pages (that I can access/edit) e.g. this for my Clarify† tutorials.

I’m not sure forum threads are the place to park the bulk of the detail, better to have a hub-page to link out to that has all the listings. Where that should be I’m less sure.

I’ve generally generated web pages (that I can access/edit

Yes, that is a good idea for a repository, but doing so we lose the community interaction and comments. It is up to the forum leaders (e.g. you and Mark) but maybe I/we create one post per video and maintain one post to aggregate them all. That way people can make comments to the individual training and provide suggestions on how to make them better, but they can also go to the consolidated post, i.e. this one, or they can simply go to the YouTube channel; however, it would be nice to keep the comments and posts in the forum to benefit the community.

Sure we can make threads per video, I don’t see a problem with that.

New category Training Videos has been created. I’ve moved the per-movie threads there.

+1 would find these useful!

Fantastic idea and excellent execution @satikusala!! I’m going through them all, even the concepts I’ve already grokked. Great revision